Annie’s cabin is a building whose three dimensions are not easily expressed in two-dimensional photographs, particularly indoors, but here goes…. It sleeps 4, in a double bedroom and a twin (first photo is a collage)……. 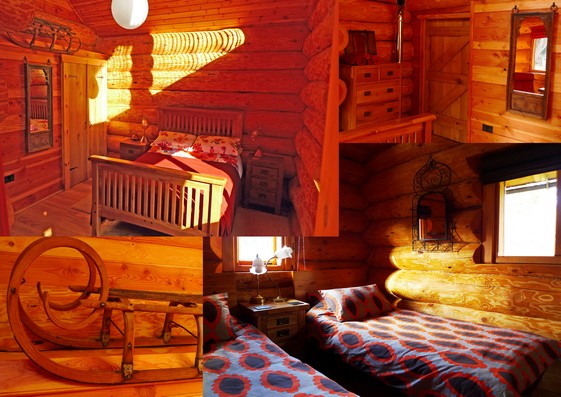 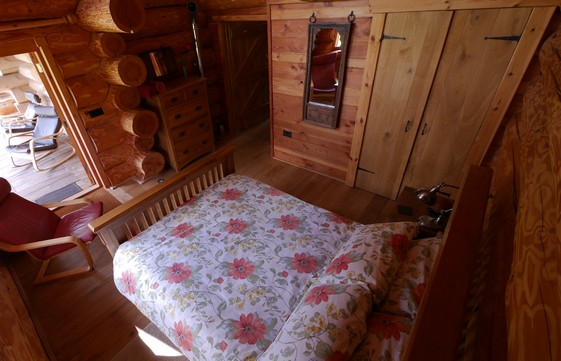 There is also a double sofabed in the living area (please note the living area has some high level areas of glass which have no means of excluding light. Also, in colder weather, it’s necessary to keep the woodpellet stove lit overnight, so there’s flickering light and some noise in the living area, which may affect light sleepers on the sofabed).

Here’s a collage of the living area…… 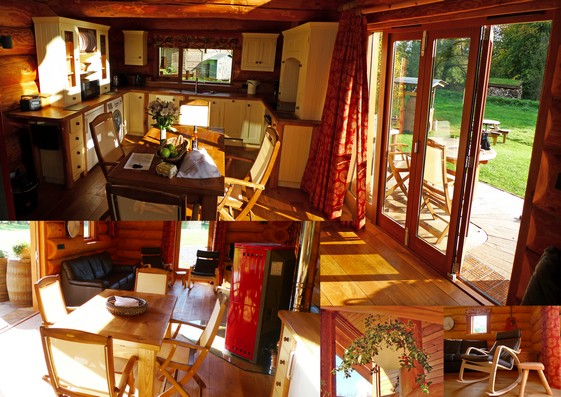 another picture of the kitchen….. 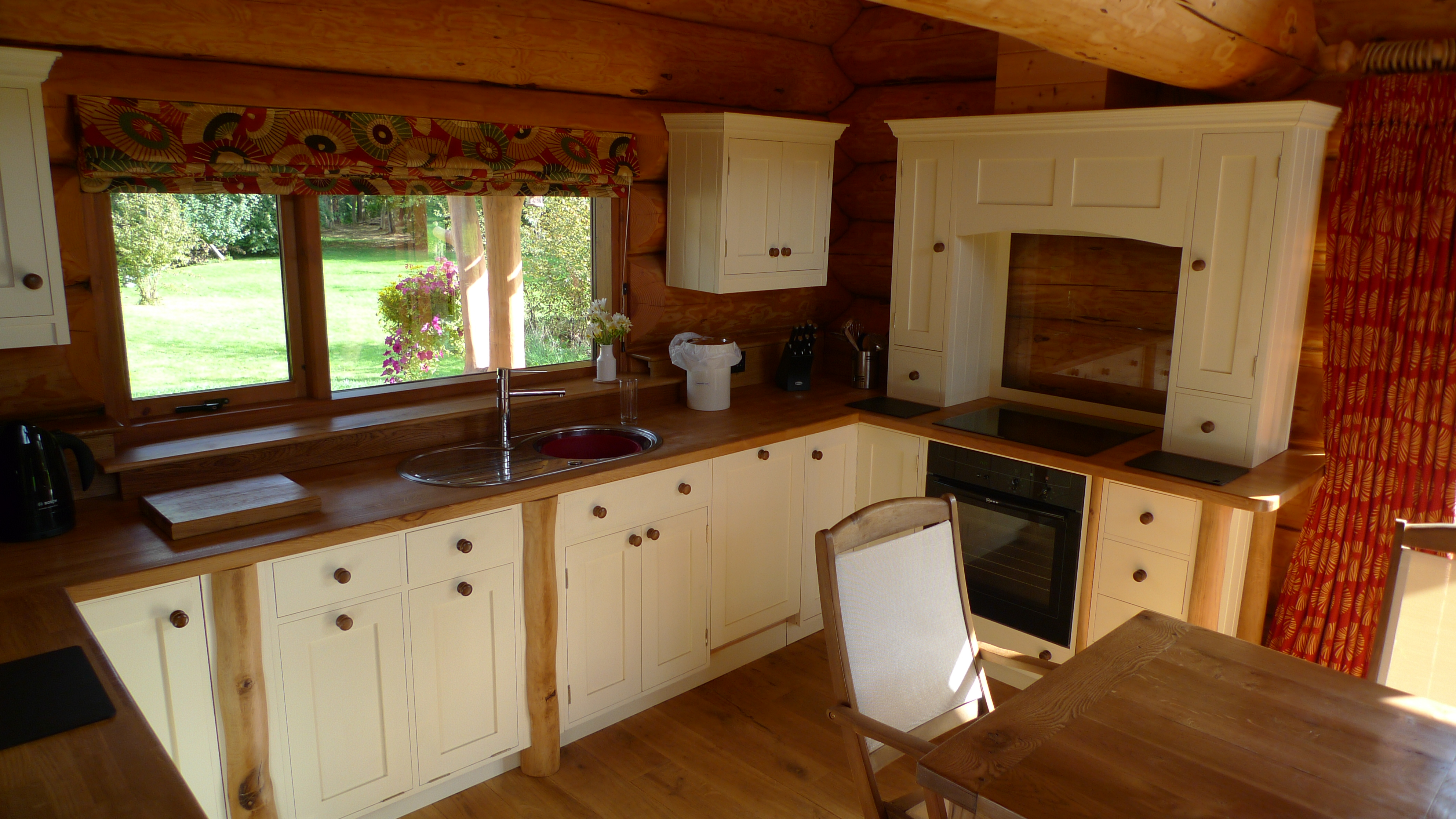 Kitchen facilities include an induction hob, single fan oven, washing machine, dishwasher, and microwave. All electrical appliances have been chosen with low energy consumption as the overriding consideration. The kitchen is fully equipped for cooking – one of the attractions of Ludlow is it’s great choice of fresh, local food, so if you like to cook, we want to encourage you.

Living room facilities include a TV, with a home cinema that plays DVDs and CDs. The acoustics of the living area are lively, so bring CDs! There are a selection of books, games and DVDs.

The cabin is set in a field surrounded on 2 sides by a river, and there are several features that connect it to the outdoors, including a wide folding door on the South side, and a large covered sitting area on the West side. All exterior doors have large amounts of glass in them, so you should see and hear the local wildlife.

The cabin is a no smoking environment.

Towels can be provided on request at no extra charge.

A floorplan is shown below. 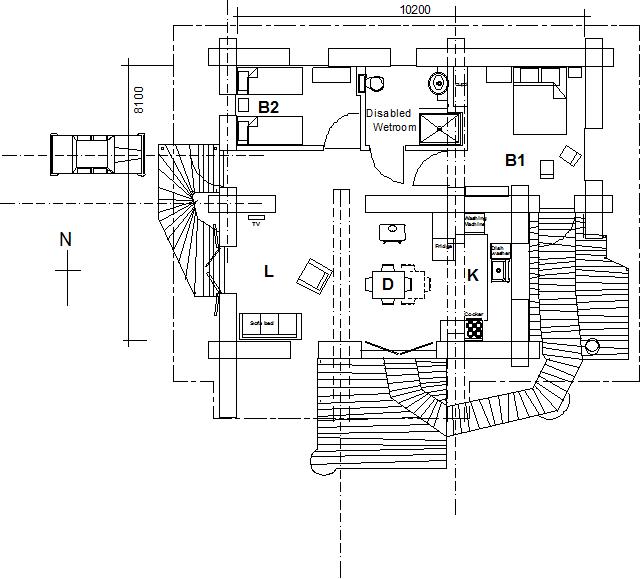 Outdoors, the cabin has a two-acre field to itself, bounded on one side by a river….there’s a few photos on facebook here.